Since its establishment, Musashi University has encouraged students to develop a global mindset and of inspired them to be global citizens. The mission of the university is to foster in its studen...
[«Musashi University» 继续查看]

Founding Principle: “Building a Better Future with Science” Teaching Principle: “Creating Science and Technology for nature, people and society, and the harmonious development of all three.” Bas...
[«Tokyo University of Science» 继续查看]

Create new values, collaborating with people in the world.

Tokyo Metropolitan University(TMU) is the only university operated by the Tokyo Metropolitan Government.   One of key long-standing features of TMU is that the high level of research skills o...
[«首都大学东京» 继续查看]

Nihon Law University, the predecessor of Nihon University, was founded in 1889. Since its founding, the university has been a leader in higher education and research with its global perspective and...
[«Nihon University» 继续查看]

Tsuda University is a private institution of higher education for women with a history of more than 110 years since its founding. Tsuda's two colleges and the Graduate School are now located o...
[«Tsuda University» 继续查看]

Shukutoku University was founded in 1965 at the current Chiba campus as a pioneering social welfare university. Make people happier. Enliven the community. Live together in close harmony. These con...
[«Shukutoku University» 继续查看]

Message from the President 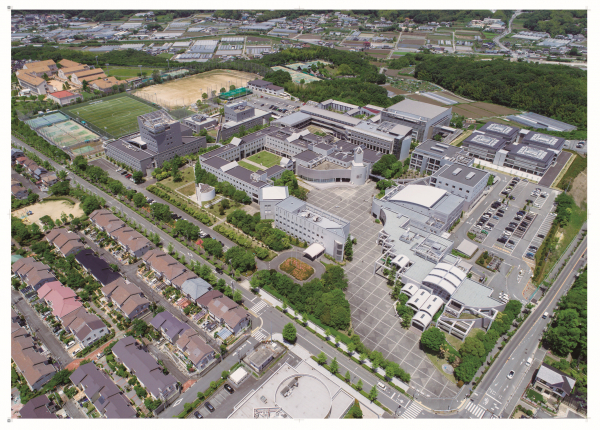 A university with extensive support for international students.

Meiji University was founded in January 1881 as the Meiji Law School by a group of young lawyers barely in their 30's: Tatsuo Kishimoto, Kozo Miyagi, and Misao Yashiro. Currently there are 10...
[«明治大学» 继续查看]

At FWU,we aim to foster women who can contribute to the creation of a better society both in Japan and internationally from the perspective of Asia and the entire world by developing their knowledg...
[«Fukuoka Women's University» 继续查看]